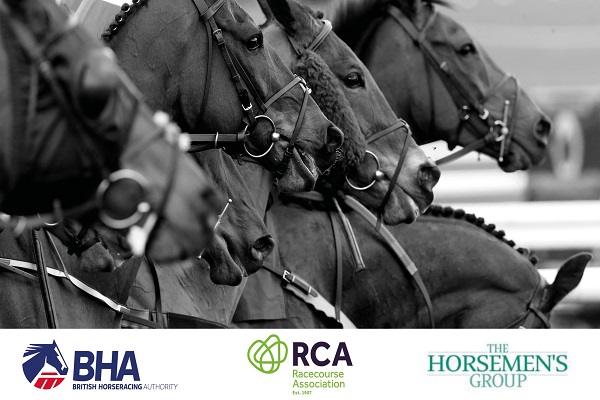 Senior executives from the racing industry have been meeting today to consider all the options for financial support after the suspension of racing. This includes developing a submission to the UK government. The Chancellor, Rishi Sunak MP, set out a range of proposals yesterday for assistance to British businesses and the economy.

The racing industry team has been working urgently to understand how employers and businesses in racing can access financial assistance from the government package. The team is also considering the issues affecting self-employed workers in the industry, including jockeys.

On behalf of the industry, the British Horseracing Authority has been liaising with government on a daily basis. Since the decision was taken to suspend racing yesterday, following consultation with a wide range of leaders in the industry, the focus of government liaison has moved to financial issues. The BHA Chief Executive Nick Rust took part in a conference call with the Secretary of State for Digital, Culture, Media and Sport this afternoon.

Trainers are facing the immediate challenge of maintaining daily care and exercise for the estimated 14,000 racehorses in the industry, without the regular income from racing. They face daily bills for a range of services, including veterinary care and feed supplies, which still have to be met even without racing. This care requires the employment of 6,500 racing grooms dedicated to the care of racehorses. Some owners have already seen their own businesses severely affected or even close as the shutdown has hit the British economy.

Racecourses were being affected even before the suspension, seeing a fall in advance bookings and a significant reduction in their hospitality and conferencing businesses. Racecourses carry significant levels of fixed costs and full maintenance needs to be carried out during the suspension so that racing can be ready to recommence in due course.

The breeding industry has had to cancel sales and the continued movement of horses to and from Ireland and France, in particular, is very uncertain. There are many other businesses involved in keeping racing going, transporting horses, providing services to race meetings, to trainers and breeders. For the self-employed, such as jockeys, valets, agents and others, the picture is also unclear.

The financial submission being prepared on behalf of racing is endeavouring to take all this into account, but racing has been warned not to expect immediate answers from government. The shockwaves have been felt across all parts of the economy so it may be some time before the government is able to give clear answers.

The racing industry has also been asked to look to ‘self-help’ wherever possible. The Horserace Betting Levy Board, The Racing Foundation and other grant-giving bodies have been considering the role they can play. Racing is fortunate to have established organisations and systems to respond to the needs of our staff such as Racing Welfare which is actively engaged to enable an increase in the emergency support and assistance that can quickly be made available.

Senior executives meeting today included Rupert Arnold, from the NTF, David Armstrong from the RCA, Charlie Liverton from The Horsemen’s Group and the ROA and Nick Rust from the BHA. They issued a joint statement after their meeting, saying:

“We know these are anxious times for everyone in our industry. Whilst everyone is worrying about the health of their families, we now face this huge disruption. We know people are worried about their jobs and the survival of their businesses. We are working round-the-clock to present the most powerful case we can to the UK and devolved governments.

“People will have many, many questions as a result of this uncertainty. We cannot answer them all at present and must focus on preparing a case that sets our clearly and carefully the issues we face as an industry. The need to look after the 14000 horses in training and the many more who are part of the breeding industry will be central to that case. Their welfare must be maintained. We pride ourselves on the high standards of care for horses in racing and we will not let those drop.

“We would ask all those in racing to keep in touch with the organisations that represent their part of the sport. Questions from employers or employees should be directed through representative bodies, using existing contacts or new ones created where those exist. The BHA and senior executives, supported by the Industry COVID19 group, will offer support as appropriate.

“As we present our case, we also know that there will be a point at which racing can return. We want to ensure the industry remains ready to resume whenever that’s possible. That will start money flowing back to the businesses that support us and to the rural economy. We know that’s well understood by government.”

Since the industry began planning for COVID19, an important stream of work has been underway involving the BHA, RCA and The Horsemen’s Group. The Horserace Betting Levy Board has already played an important role in those discussions. The initial focus on supporting racing behind closed doors has now shifted to developing a submission to the UK governments initially.

The BHA engages primarily with the Department of Digital, Culture, Media and Sport but also has strong links with DEFRA, the Department for the Environment, Food & Rural Affairs. Scottish Racing is also engaged with the Scottish government. Both governments are well-briefed on the issues facing the £4 billion racing industry to ensure that the economic impact of suspending racing is clearly understood.