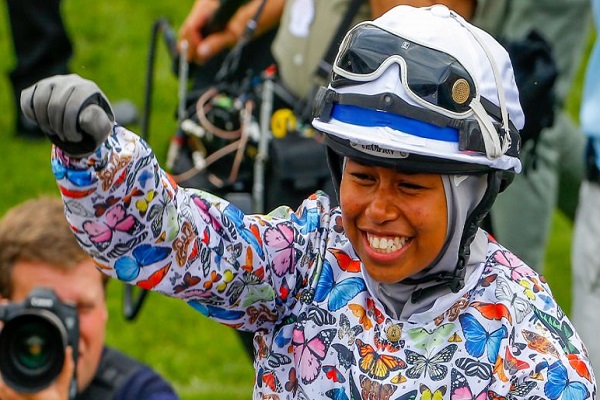 The Riding a Dream project, supported by Great British Racing, the Racing Foundation and Goodwood Racecourse, follows the inspirational story of Khadijah Mellah, 18, from Peckham who made global headlines and sporting history by becoming the first British Muslim woman to ride in and win a British horse race (the Magnolia Cup).

Throughout, a film crew followed Khadijah’s journey and the resulting documentary, Riding a Dream, was shown three times on ITV, including directly after the Rugby World Cup Final. Great British Racing developed a three phase PR plan to generate as much coverage as possible; support the documentary and position British racing as an inclusive sport which is open to all.

We are delighted to report that the media coverage generated by Riding a Dream has been phenomenal, and includes: