Global alliance launched to connect the World with the racehorse, with support from British racing 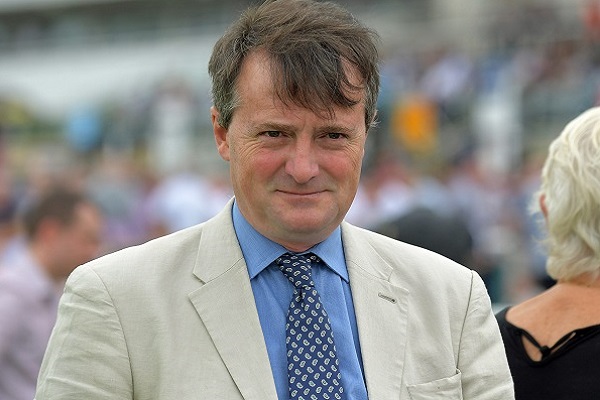 The British Horseracing Authority (BHA) has announced the appointment of veterinarian and racehorse trainer James Given to the role of Director of Equine Health and Welfare.

James qualified as a vet in 1990 and began his racing career as Assistant Trainer to Mark Johnston in 1995. After three years in this job he won a scholarship to study training methods in Dubai. James started training in his own right in November 1998 from a yard based at Wolverhampton racecourse. In April 1999 he moved his operation to his current base in Lincolnshire.

He is a Group-race-winning trainer both in Britain and abroad and counts amongst his most notable winners the popular Hugs Dancer who won the 2002 Ebor and 2003 Chester Cup, and was beaten only two lengths in the 2003 Caulfield Cup before a top 10 finish in the Melbourne Cup that year.

James is also a long-standing member of the BHA’s Ethics Committee (and is the current Chair) as well as a Trustee of the British Racing School (BRS). He has also been a member of the industry’s Horse Welfare Board since its inception in early 2019. In February 2020, the Welfare Board published its five-year strategic plan for the welfare of horses bred for racing.

The Director of Equine Health and Welfare role includes responsibility for enhancing the leadership and capability of the BHA’s equine health and welfare function, improving the capture, analysis and benchmarking of racehorse welfare information, overseeing the sport’s equine disease control policies and continuing to play a role in the ongoing delivery of the Horse Welfare Board’s welfare strategy. James will continue to sit on the Horse Welfare Board as the BHA appointed member, leaving a vacancy for a new representative of licensed personnel.

James joins the BHA in January 2021, with the exact date to be confirmed. He will formally stop training horses and hand in his trainers’ licence upon his commencement with the BHA. He will be permitted to retain an ownership interest in two unraced horses for a limited time to assist with the winding down of his business and the rehoming of his horses. These interests will be appropriately managed via a conflict management agreement for that short time.

James replaces in this role David Sykes who announced earlier this year that he is returning to his home in Australia for family reasons. David has continued to occupy the role in the meantime, and he will conclude in the role at the end of December.

“I am delighted to be joining the BHA and welcome the opportunity to strive for ever improving welfare standards for racehorses. The current standards are world leading, but there is no time to rest on our laurels in a world demanding greater accountability. I look forward to working with colleagues across the industry, to show that racing is a compassionate sport that puts the welfare of horses at the centre of all we do. I know I am joining a team that shares and represents these ideals.

“We are extremely excited to welcome James to this role. He brings with him not only extensive clinical experience as a veterinarian, but also first-hand experience of training racehorses at the highest level.  He has already been integral to the development of the industry’s welfare strategy through his involvement on the Horse Welfare Board, this will complement the equally important regulatory requirements of the role.

“We are delighted that James will be able to continue the excellent work of David Sykes who has made significant progress in his time at the BHA in modernising the equine health and welfare department and improving the quality of life of our horses. We are grateful to David for everything he has done on behalf of the sport.”