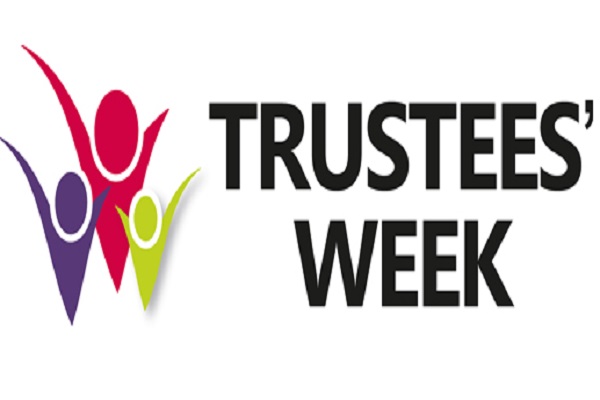 It's National Trustees Week - we would like to thank our Trustees for their dedication and support.

It is National Trustees' Week this week (4th - 8th November) so if you work for a charity why not take time to thank your board of trustees. They give up their time for free and play a crucial role in the governance of a charity.

We would like to thank our Trustees for their dedication and support: Ian Barlow (Chair); Linda Bowles; Susannah Gill; Mark Johnston; Jane Keir and William Rucker.

Did you know...there are 196,000 charities in the UK and 1 million Trustees! This represents a huge commitment of time and expertise.

The research also finds that charity trustees, who are overwhelmingly volunteers, feel positively about their role and about the personal reward and satisfaction it gives them. It also highlights that trustees’ contribution to charities amounts to a monetary equivalent of around £3.5 billion a year.

It is recommended that charities consider these findings when looking to recruit new Trustees.