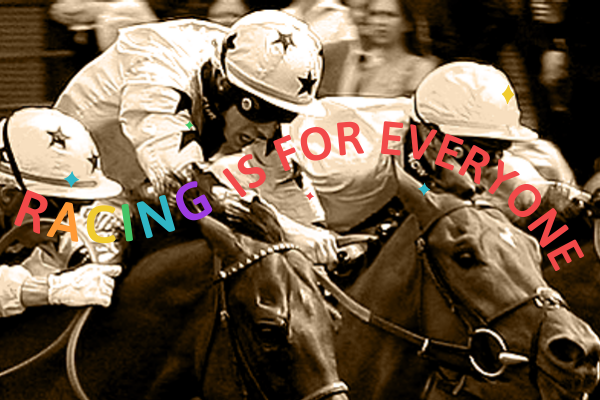 David Letts was in the library furiously trying to finish his Masters’ dissertation when he received a phone call from a friend alerting him to an article in a racing publication.

The article questioned the relevance of the research project Letts was working on, but was yet to submit, around sexual orientation prevalence and attitudes in British horseracing.

The work showed that, despite attitudes within the industry being positive towards sexual minorities, there were still a significant number of people who weren’t ‘out’.

The research also showed the presence of homophobic language made it difficult for LGBT+ individuals to interpret the racing environment as accepting.

“If you’re using that language, even as humour, then people might question the acceptance of that environment and think there could be something underlying you’re not entirely comfortable with.” said Letts.

“It has been shown in other sports that the use of homophobic language can make it difficult for people to assess acceptance levels and, in turn, have an impact on coming out.”

Despite having a high participant response rate in his study, and largely positive engagement across the sport, the negative article about Letts’ research was resistance he had already anticipated.

“I had huge concerns about doing this piece of work for my MBA because I didn’t know what the reception would be,” he added. “It was something that had never been explored. I was really torn about whether to do this or whether to do a piece of work I was less passionate about that would still meet the academic requirements.

“In the end I felt as though I would not have the opportunity to do this again, so I went with my heart and took the risk. I was so pleased to see the response and the engagement.

“It went far beyond what I expected in terms of participant response rates.

“But when the press questioned the relevance of my work, I asked myself, ‘Why am I doing this?’

“Then I realised this was exactly why I was doing it. Because these opinions existed which showed how much this work needed to be done. Discussions around sexual orientation and gender identity were evidently, for some, still a taboo subject. There was a need to change that and open the dialogue within the sport.”

Letts, 29, might have encountered criticism of his work, but it was an isolated incident, and the overwhelming reaction was one of positivity. Nick Rust, Chief Executive of the British Horseracing Authority at the time, issued a statement of support.

“Having that backing from someone so senior in the industry and so publicly was very powerful,” said Letts, who soon realised from his findings that more work needed to be done.

The recommendations from his MBA research resulted in the formation of the Racing With Pride Committee, which he Chairs; the creation of an e-Learning module on the Racing2Learn platform; the development of the ‘Rainbow Ready’ document about LGBT+ friendly communications; and establishing the Racing With Pride network.

“The research showed people in racing hadn’t felt comfortable to be authentic at work. It is important that we, as an industry, provide an environment where people feel safe to be themselves, which is what Racing With Pride offers,” he said. “There are some in the group that are out and proud and loud, while others enjoy the community but take more of a backseat.

“We’ve had such lovely feedback from members who have, for the first time in the sport, felt comfortable being out.

“The network is also open to allies. That was really important to us for two reasons; allies play a key role in demonstrating inclusivity across the sport and because it provides an opportunity for those who might not be out or are questioning their identity to join.”

There are currently 165 members in the network.

June marks Pride month and the social media accounts of horseracing bodies are adorned with rainbow flags as the industry embraces the occasion.

“The industry has shown in the last year that there’s an appetite to engage and to take this seriously and that’s really reassuring,” said Letts. “But this is a continuous piece of work, we need to keep educating ourselves. I also think it’s important it sits within the broader diversity and inclusion landscape. It’s not a pie that LGBT+ issues are taking a slice from which means there is not enough for anybody else. By doing work in one area, I believe you help to bring all inequalities to light.

“By asking someone to stand up as an ally and look at their language and call out discriminatory behaviour towards LGBT+ people, they might be more inclined to do that about racism or misogyny. I sit on the Diversity in Racing Steering Group and I want to make sure all minority characteristics have a better experience in racing than they’re having or have previously had.”

Letts is currently tackling a PhD at the University of Winchester which examines the sport’s broader cultural setting and implications for minority groups, particularly sexual minorities, which has been funded by the Racing Foundation.

His PhD will further examine the lived experience of LGBT+ individuals in the sport and look at the unanswered questions about why people feel uncomfortable being out among the racing workforce despite the seemingly positive attitudes. It’s not just the employees that benefit from being able to express themselves at work, but employers too.

“There is so much research that shows the people who are able to be open about their sexual orientation or gender identity at work are more productive, more committed to the organisation they work for, less likely to leave, and are more fulfilled at work,” said Letts.

“If you are having to consider every action and everything you say in order to hide an aspect of your identity, that’s going to take a toll and drain you.

“If you have to give your energy to that, you’re taking away energy from work.

“You’re going to get more out of your employees from a business sense if they’re able to be authentic at work.”

Letts finished by recognising the huge strides the industry has made in the past year or so and the ease with which the conversation around LGBT+ issues is now being taken up across the sport.

“This year’s engagement with Pride month has been fantastic; organisations are taking ownership of their plans and ensuring that they look beyond the month of June in terms of LGBT+ inclusion,” he said.

“There is undoubtedly still work to be done to ensure every individual feels welcome and able to be their authentic self in racing, but we are making progress in the right direction and long may that continue.” 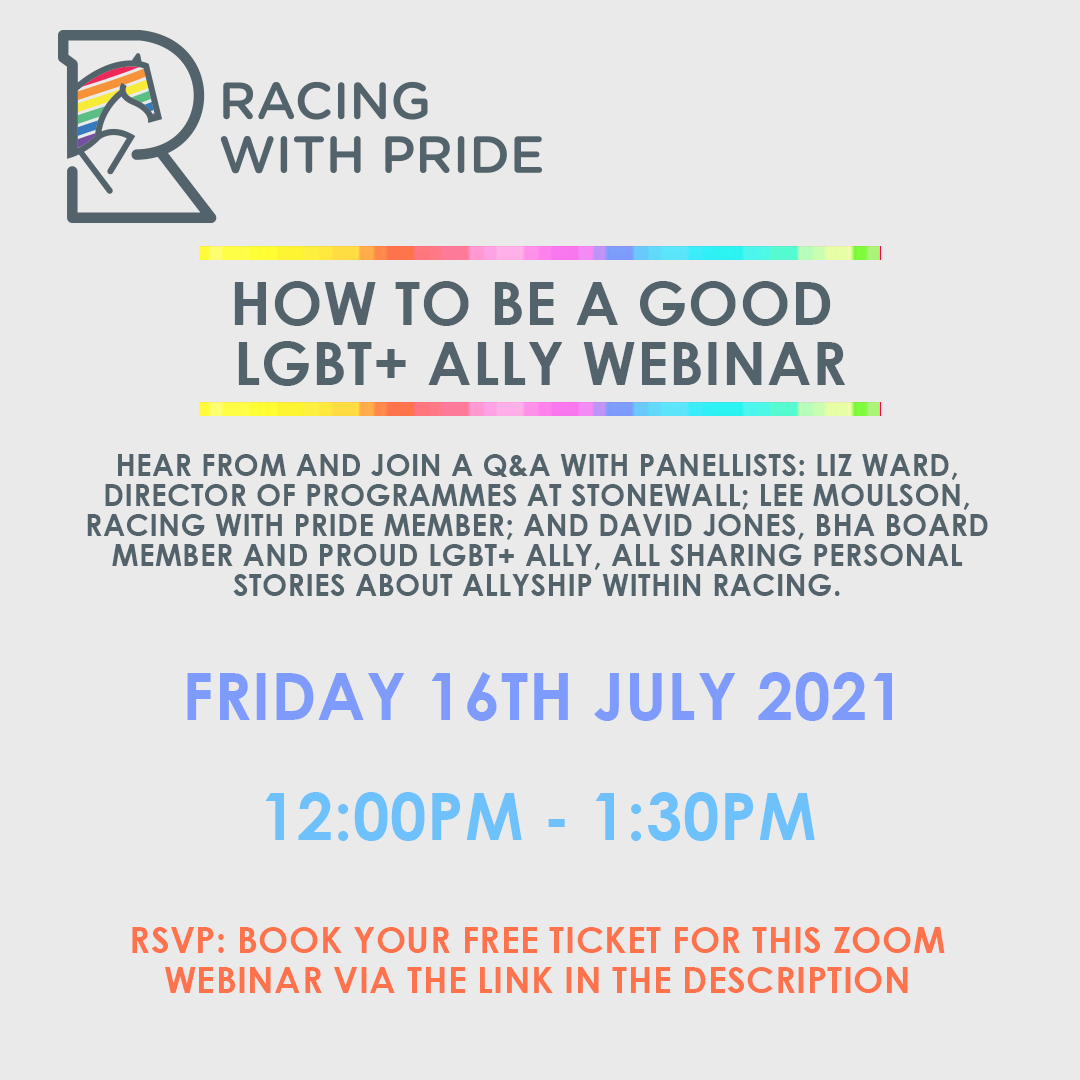